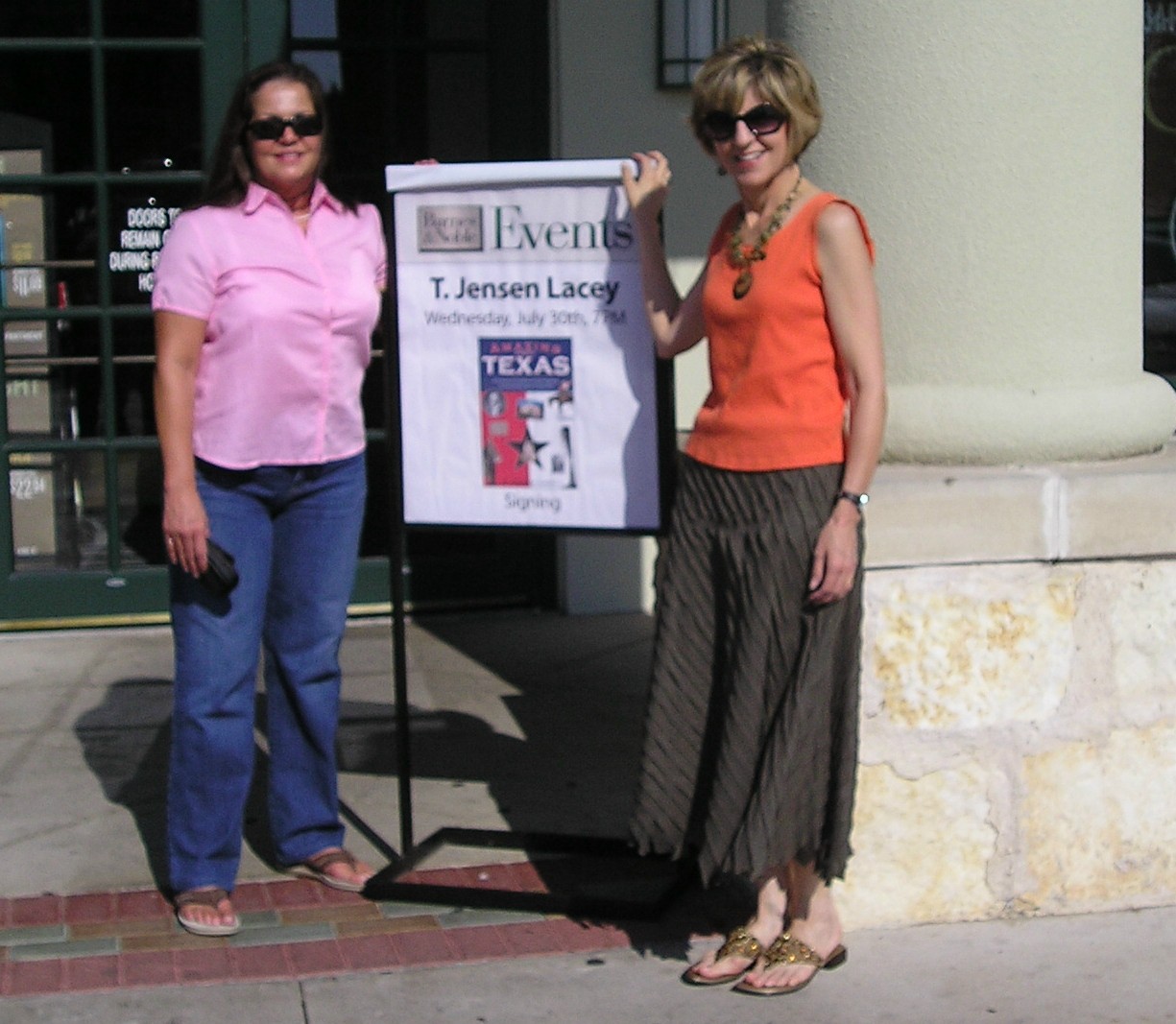 How do you host a successful signing when you’re on tour?

How do you get the house packed with folks who are fans to be–avid readers you’ve never met who are ready to buy your book that very night.

If you’re away from home base, you need to

a. let the public know you’re coming to town and

b. let the media know you’re in town.

A good example of this is Theresa Jensen Lacey (left in photo left), whose home base is Alabama, shown here with me on tour in Texas. While anyone can hire a publicist, it takes an author like Lacey to maximize the results.

Theresa kicked off her tour at an annual festival with a built-in audience. To that I added interviews with radio stations that were downlinked at the festival. Festival management added sideshows at the local library and museum.

In a major city between this stop and the next, Theresa taped an interview with NPR.

Lacey sold the most books in the city where we had both calendar listings and a live radio interview the morning of the signing.

Everywhere Theresa went, she followed up my print media pitches with phone calls and turned them into interviews.

Theresa proves that authors are the best promoters of their own material.

← Prev: 10 Tips for Tightening Your Writing Next Post: Booklisting → 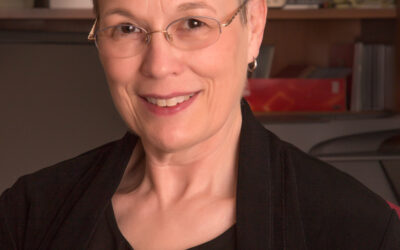